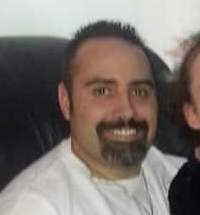 In roughly one month, Daniel Kaplow will celebrate his one year anniversary working at The Ziegenfelder Company’s Denver plant as Production Supervisor.

“If I could change anything about the job, I would change the location,” said Daniel, “So it’s closer to my house.” Daniel explained that he came to Ziegenfelder looking for a positive change. He previously spent 9 years working in the cooking oil industry.

“Frozen novelties are just cool, no pun intended,” said Daniel. “When I tell people where I work, they act like I’m Willy Wonka! But in reality, it’s much cooler than that. When I got brought on, I was very pleased in how much the company cares for its people. The focus is in the people and making sure we all succeed. It’s doesn’t get much better than that.”

Daniel stresses that that best part about working at Ziegenfelder is the people. That makes the commute to work well worth his time.

“I have never worked at a place where there is so much diversity and walks of life,” said Daniel. “The people are great and have taught me a lot, both professionally and personally. Together is better, and it rings so true. I couldn’t do it without my peers and my team.”

“God and family are what I hold most close to my heart,” said Daniel. “I feel blessed to be part of such a great organization and look forward to being apart of its successes in the future.”