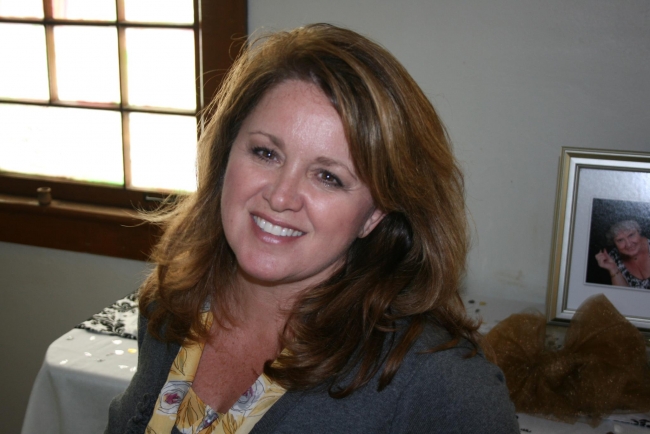 Jimmy Garren, the husband of Zieggy Tribe member Dawn Garren, proposed on their first date. The couple married 6 months later and have been together ever since. As die-hard Tennessee Volunteers football fans, they consulted a football schedule before picking a wedding date.

“We got married on an away Tennessee football game,” said Dawn, who will celebrate 24 years married in October. “We wouldn’t miss a home game. I was crazy about (Jimmy) from the first time I saw him. I used to tell our kids, “Dad asked me to marry him before I ever kissed him and I said, ‘Yes!’”

Dawn and Jimmy’s daughter Kelsey will soon tie the knot. In October, Kelsey will marry a fellow active duty U.S. Air Force Airmen in the linguistics division. Dawn’s son, 19-year-old Alex, is currently a sophomore in college. Both Kelsey and Alex prompted the addition of their other family member, a three-year-old Goldendoodle named Fynn.

“So my daughter and son wanted a dog again,” said Dawn. “Our agreement was find a dog that won’t shed. I wanted a smaller dog and they opted for a bigger dog. We gave them perimeters and they found him on their own. It’s the best decision we ever made. I actually think he chose us. I’ve had lots of dogs but this little guy is just the coolest. He’s loyal and chill.”

Although Dawn will tell you her focus is on family, co-workers say she also works hard for her Zieggy Tribe. She’s been with The Ziegenfelder Company for over 2 years as a sales analyst. Dawn cited the Zieggy culture as a favorite part of her job because it aligns with her own life goals.

“The growth of the company’s culture was very interesting to me when I first started interviewing here,” said Dawn. “A prior manager stressed that if you take care of home, everything else falls into place. As I got older, I recognized that in my own life. It was a change in the direction in my life and recognizing what I wanted in a company’s focus moving forward.”

When Dawn is off the clock, she enjoys going to Tennessee Volunteer football games and enjoying the mountains.

“(Jimmy and I) just bought a camper,” said Dawn. “We’re going to see what the next adventure will be.”