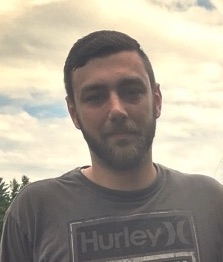 Matt Johnson became a member of the Zieggy Tribe about eight years ago. In that time, his career has grown almost in sync with his growing family.

“I had my first child about two weeks before starting here,” said Matt. “That gave me the motivation to do well and try to grow within the company.”

Matt’s time at The Ziegenfelder company mirrors the paths that other employees take when they join the tribe that makes people smile with really cool treats. He started as a temporary employee working on the production lines. He moved on to the relief position and eventually became an operator.

“I operated for a few years before being moved to team leader,” said Matt, who now holds the title of Warehouse Supervisor. “I have been lucky enough to work under some great people who pushed me to do better.”

His hard work and diligence to keep doing better is recognized by those throughout the company including Beth Crooks, the payroll and benefits specialist for The Ziegenfelder Company.

“He’s got a great work ethic,” said Beth. “He’s one of those people that I go to if I need something because he’s reliable. He’s so young and he’s already accomplished so much. His story should inspire others that they can achieve the same thing.”

Matt’s son Logan is now 8-years-old. Matt and his wife Tiffany also have a 6-year-old daughter named Madalyn. The whole family carries a busy schedule with Tiffany in nursing school and both kids very active in sports and school. Logan plays football for the Richland Raptors and Madalyn is a cheerleader. In Matt’s free time, he likes to fish and hunt.