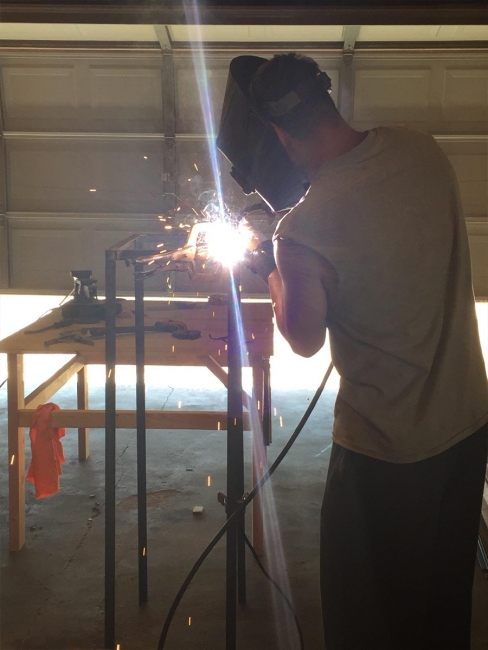 A friend first told Richard Velez about opportunities at the Ziegenfelder Company plant in Chino. That was back in November of 2012. Richard has been a Maintenance Mechanic at the home of the Budget Saver Assorted Twin Pops ever since.

“I checked (Ziegenfelder) out and showed up with my tool bag in hand and welding hood. I was ready for a test,” said Richard. “What got my attention was that Twin Pops were being made here! I thought it was better than working in a metal shop making heat-treated shaker furnaces for aerospace products. I’m working on machines and equipment that product Twin Pops! Very cool!”

Fellow Zieggy Tribe member, Jamie Schultz had nothing but positive things to say about Richard. “He’ll do anything at anytime to support his Zieggy Tribe. He works hard everyday,” said Jamie.

Even when Richard is not at Ziegenfelder, you’ll find him in the garage building or fixing something. Movie nights are a must when he’s with his 9-year-old son Gabriel or 15-year-old daughter Roxanne. “Luv that movie night!” said Richard.

Richard explained that Roxanne is soft at heart and loves to read while Gabriel is wild. Richard said he plans to take his son paintballing as soon as his tenth birthday arrives.

“As for me and the rest of the family, we’re like the Adams family,” said Richard, “A bunch of weird misfits.”