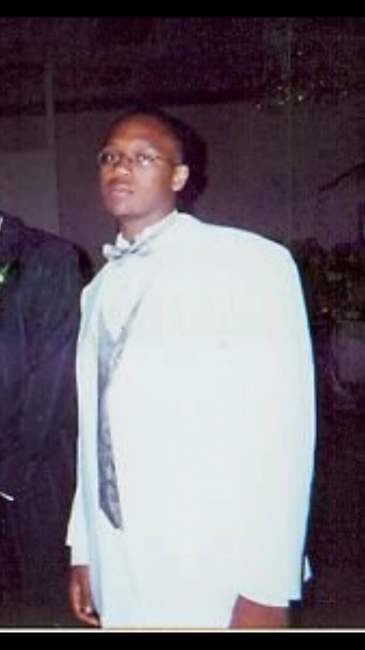 As the oldest of three children, life threw James Snyder into a leadership role from as early as he can remember.

“It was 1989 when my mom was diagnosed with cancer,” said James. “The doctors gave my mother 6 months to live but she fought. She eventually passed away in 1995 because the chemo shrunk her lungs. She was on the list to get a transplant and she passed before she got it.”

That life changing moment happened when James was just 11-years-old. James, his brother, and his sister moved in with his grandmother in Steubenville, Ohio. When not in school or participating in sports, James helped his grandmother raise his brother and sister. His work-ethic propelled him into college with a football scholarship to Capital University. Then, everything changed.

“I blew out my knee at the start of my freshman year,” said James. “I quit going to school and I got into trouble. I came home and the streets were the first option.”

James explained since 2003 he’s spent almost a decade behind bars with seven years of that time in federal prison on drug trafficking charges and then a parole violation. He got arrested the first time at age 19.

“I was young,” said James. “I learned a lot while behind bars but I still had the childish mentality. Once I got out of the halfway house, everything fell apart. I started getting into the same crowds. Even though I knew the streets were no good, I was addicted to the power and the lifestyle. I had a hundred thousand in cash at that age. It started out as a way to help my brother and sister, and then it goes to your head. I made a lot of money but it took a lot of time away from me.”

Eventually, police caught up to James during a traffic stop. A drug-related offense and a parole violation sent James back to prison. In November 2015, James was released on parole, he got a job working at The Ziegenfelder Company’s Wheeling location a week later, and he has been on the right track ever since.

“I got home, my son came to visit me and I said to him I was not going back to prison,” said James, who has spent the majority of his time at The Ziegenfelder Company working with the Quality Assurance team. “I can do my job and help other people too. My job is not only to have the top quality products but also the top quality employees. If they’re upset, they’re going to put out bad products. I like the atmosphere here.”

Along with working at the Ziegenfelder Company, James operates heavy machinery at MPR Sand in Bellaire, Ohio to provide for his growing family. James and his fiance Kiera have a 13-year-old son, 5-year-old daughter, 2-year-old son and 7-month-old son. James hopes others learn from his personal experiences and challenges.

“With every obstacle, there’s always an opportunity or a lesson learned,” said James. “Just learn from every opportunity you’re given.”