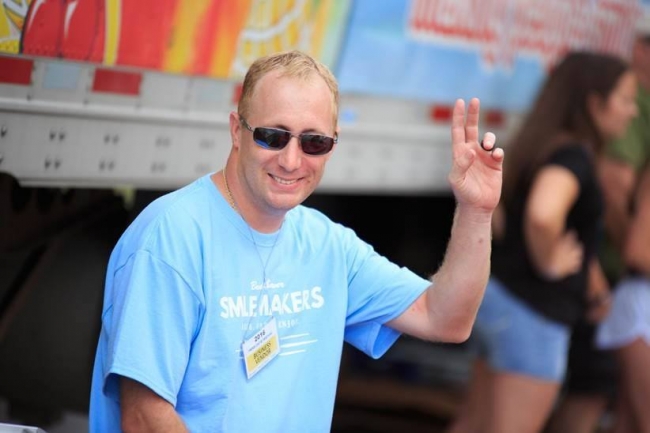 Although Mike Orum says he’s been a production analyst at The Ziegenfelder Company for almost four years, the job title required more explanation. Mike explained his responsibilities involve handling the utilization and efficiency numbers for Chino and Wheeling. Plus, he oversees the downtime numbers for Wheeling.

“These number let us track what’s happening with machines,” said Mike. “We can use the numbers to figure out what is causing specific problems. It allows us to track trending issues and fix the problems.”

The job Mike does goes further than that when you find him ordering various parts and items needed throughout the plant. He has helped with scheduling to rebuild production equipment and repairing case and date coders for the packages.

“The first thing that drew me to the Zieggy Tribe happened during my first interview,” said Mike. “I read the company values and it impressed me. Those values are now officially called the Zieggy Essentials. It had a family feel that appealed to me especially the mission of creating smiles with our really cool treats.”

Mike believes in that mission so much he’s represented the Zieggy Tribe for the last three years at the annual Twins Days Festival in Twinsburg, Ohio. It’s a family affair at the event with his wife Aimee and 5-year-old daughter Addison also attending.

“I like interacting with people,” said Mike. “I really enjoy seeing the amount of people with our product. Everywhere you look at Twins Days, they’re eating our product. It gives you a real humble feeling.”

While Mike missed having his 22-year-old son Austin at Twins Days this year, they try to spend as much time as possible together. Mike explained that he enjoys camping, swimming, riding four-wheelers, shooting guns, and going to concerts. He especially likes country and classic rock.

When asked for advice to new people joining the Zieggy Tribe, Mike said, “Take as much time as you can learning and listening. Make the day better for the folks you’re around. The Zieggy Tribe provides a friendly environment and a great place to work. And of course you always have a sweet smell of ice pops.”